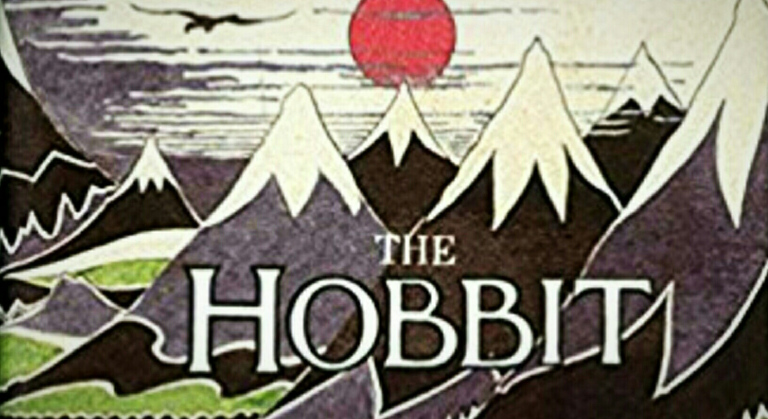 The Hobbit, J.R.R. Tolkien’s now classic children’s fantasy novel, was first published on September 21, 1937. It is a quest-type novel and establishes the fictional world that Tolkien would flesh out in his later Lord of the Rings trilogy.

Tolkien was an Oxford professor of Anglo-Saxon literature at the time and had a strong interest in medieval studies and ancient – especially Norse – mythologies.

He started writing The Hobbit on a whim and finished it in 1932. He passed copies of the manuscript along to several friends including a former student who showed it to a visiting friend who happened to work at the publishing house George Allen & Unwin.

According to the story, the friend gave the manuscript to Stanley Unwin who in turn gave it to his ten-year-old son to read. The boy loved it and Unwin decided to publish it.

The original print run was 1,500 copies and was sold out by December. The Hobbit received positive reviews and strong word of mouth from parents who saw how engrossed their children were by the book.

The first edition featured illustrations that Tolkien had drawn himself. Tolkien also created the design for the book’s iconic dustjacket and the design on the binding and spine of the book itself. When the book was published in the US the following year two of the black and white drawings were printed in colour.

During the Second World War paper rationing was put in place and the publisher struggled to keep up with demand for new printings of The Hobbit. In addition, as Tolkien’s Lord of the Ringstrilogy progressed, Tolkien made revisions to new editions of The Hobbit to preserve internal consistency.

The Hobbit has continued to be a beloved book for children and stands perfectly on its own, but is also a touchstone for devotees of the more ambitious Lord of the Rings, for which it provides the mythical foundation.